Joanna joined Access Intelligence as COO in 2011 and became CEO in 2014, leading the company to becoming the third largest software provider to the UK PR and Communications industry. Today, the business is known for its commitment to using technology to transform the way in which journalists, politicians and online influencers access trusted, expert insight.

Her vision is a world of open and effective communication that tackles head on issues from fake news to information overload. Today, Access Intelligence has over 3,500 customers with more than 30,000 journalists, politicians and influencers using the software.

Before Access Intelligence, Joanna’s career included a combination of investment roles and ten years M&A experience in the software sector. Alongside her role at Access Intelligence, she is a non-executive director at Trailight Ltd, a compliance SaaS platform, solving regulatory challenges for Financial Services companies. Joanna graduated from Edinburgh University in 2004. 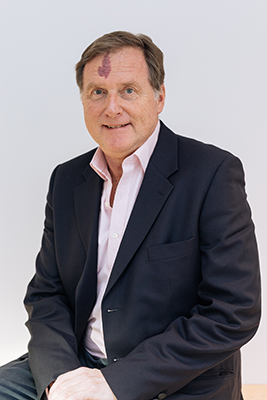 Christopher spent 15 years as chief executive at Chime where he remains a non-executive director. During his tenure as chief executive, Chime grew operating income from £54m (in 2003) to £246m in 2016. In 2015, he oversaw the sale of a majority stake in the business to Providence Equity Partners for £374 million.

He was also the senior non-executive director at Centaur Media plc and former Chairman of the Marketing Society and The Roundhouse. He became a CBE in 2017 for services to the arts. 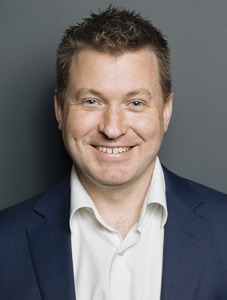 Mark was appointed CFO in August 2017, having joined Access Intelligence through an acquisition in 2015 where he was previously the UK Finance Director. Mark has more than 14 years’ experience of managing local and international finance teams in the Technology and Media sectors and has held senior finance roles for SaaS businesses focussing on communications, public affairs and stakeholder engagement for a number of years.

Mark has been employed by or delivered consulting engagements for numerous FTSE 100 and AIM businesses, including three years working in a senior finance role for a US$2.5 billion revenue joint venture of Rolls-Royce plc. He has worked on the ground in 17 countries across Europe, Latin America and Asia, and has experience in M&A and other corporate finance activities.

Michael was appointed the Executive Chairman of Access Intelligence in October 2008. He also founded Elderstreet Investments Limited in 1990 and is its Executive Chairman. For the past 25 years, he has specialised in raising finance and investing in the smaller companies sector.

Michael is former Chairman of PartyGaming plc, Computer Software Group, Planit Holdings and until August 2006 was chairman of FTSE100 company, The Sage Group plc, where he was a Board Director for 23 years and saw the company rise from a market cap of less than £5m to its current valuation of over £3bn.

He is also a Director and investor in many other quoted and unquoted companies.

Chris is a serial entrepreneur who possesses a wealth of experience in the development of global software and data businesses.

He founded several media, data and technology businesses including Complinet which specialised in the provision of governance risk and compliance solutions for the financial services industry. After the sale of Complinet to Thomson Reuters Chris served as the SVP of their Compliance and Regulatory Risk division.

He acts as a chairman, non-executive director, and strategic advisor for a range of fast-growing technology businesses.

Jeremy has a strong professional background, which blends an early successful career in financial services and then the food industry, with a more recent array of mergers, acquisitions, fundraising and turnaround experience, with a prime focus on the AIM market.

He currently is a non-executive of Unicorn AIM VCT plc, as well as being active Board level coach.

Jeremy was previously a director of Access Intelligence, in various roles, between 2004 and 2015.